4 / 5 stars 4 out of 5 stars. Kiwanuka has found a troubled, compelling voice with an emotional honesty and stately self-assurance that shows other post-Drake melancholics up as imitators Feelings on display … Michael Kiwanuka. Photograph: Phil Sharp T hree months ago, the first single from Michael Kiwanuka ’s second album was released. Called Black Man in a White World, it opened like an old field recording of a work song, or as Kiwanuka himself put it, “slave music”: handclaps and a distorted a capella vocal eventually giving way to beautifully orchestrated, but agitated-sounding funk, backing vocals repeating the title over and over again, as if determinedly hammering a point home. It was a pretty strident comeback, but, in one sense, not entirely surprising. For reasons that scarcely need pointing out, 2016 has been a year in which black artists have felt impelled to make music dwelling on the subjects of race and identity, a state of affairs exacerbated in Kiwanuka’s case by his curious position within British pop. Born in Muswell Hill to Ugandan parents, he works in a black musical tradition – a brand of folk-influenced soul indebted to Bill Withers and Terry Callier – but, as he recently pointed out: “there’s not that many black people at my gigs”. Watch Michael Kiwanuka’s Black Man in a White World Furthermore, you can see why the gestation of Kiwanuka’s second album might have involved a bit of soul-searching regarding his own musical identity. There was a lot to commend on his 2012 debut Home Again but, for a confessional singer-songwriter, the man behind it remained an oddly spectral figure. It seemed primarily concerned with a kind of musical sleight of hand, deploying every trick going – up to and including the kind of jazz flute that these days makes you think not of Rahsaan Roland Kirk but Ron Burgundy sticking his head under the door of a lavatory cubicle – to convince its audience that they were actually listening to a long-lost release from 45 years ago: the shadow of its influences hung so long over the album that its actual author was a bit difficult to discern. If Kiwanuka previously seemed a little too unassuming for his own good, then Black Man in a White World appeared to suggest a new-found conviction and assurance. It’s a feeling borne out by the rest of Love & Hate. It takes confidence to open an album with a song that lasts over 10 minutes, the first five of them entirely instrumental. That confidence could obviously be wildly misplaced – a five minute instrumental overture replete with strings, wordless backing vocals and melancholy slide guitar that sounds not unlike the work of Pink Floyd’s David Gilmour could be an exercise in terrible hollow pomposity. But instead, Cold Little Heart proceeds with a stately assurance: the moment where the song suddenly pulls into focus is really thrilling. Father’s Son, meanwhile, pulls off the trick in reverse. Less than halfway through the song, the rhythm section and the sunlit, jangling guitar figure drop out entirely, never to return: the remaining four minutes of the song feature Kiwanuka’s vocals – pained and doused in effects – playing out against a shifting backdrop of strings, piano and frayed, distorted guitar. The effect is hugely striking: a practising Christian, Kiwanuka has written about his faith before, but they’ve never sounded as troubled and compelling as this. It highlights another of Love & Hate’s strengths: however soul-searching the lyrics get – and there are a lot of songs here about being wracked with doubt, or incapable to commit – they never feel like the kind of drizzly post-Drake self-absorption that currently seems to be the lingua franca of chart pop. If Lukas Graham or that dreadful character who took a pill in Ibiza seem like people going through the motions because melancholy solipsism sells, there’s a real tang of authenticity about the feelings on display here. “I can’t stand myself … I’ve been ashamed all my life, ” sings Kiwanuka on Cold Little Heart, and you believe him, not least because of the understated warmth and the conversational quality of his vocals. There are moments when Kiwanuka still seems transfixed by the past. The suspicion that someone – either the singer, or one of Love & Hate’s producers, a line-up that includes Dangermouse, London-based hip-hop producer Inflo and former Bees frontman Paul Butler, who worked on Home Again – has been spending a lot of time listening to Dr John ’s early solo albums is hard to avoid. Echoes of their strange, loose atmosphere are everywhere in Love & Hate’s sound, which is big on reverb and ragged percussion high in the mix: whether intentionally or not, the backing vocals on Place I Belong sound like a homage to those on Danse Fambeaux, from Dr John’s 1968 debut Gris Gris. But unlike his own debut, Love & Hate never feels like an album screwing its eyes shut and trying to make believe that it’s 1971. The retro affectations are bound up with stuff that sounds very modern: the ambient electronics that open I’ll Never Love; the warped acoustic guitar that drives the title track; the way the sound plays with distortion, suddenly whacking it on Kiwanuka’s vocals at moments of high drama, or slathering it over the guitar on closer The Final Frame until it sounds like it’s short-circuiting. You might even say that Falling weirdly resembles one of Kiwanuka’s old folk-soul heroes had they somehow been exposed to the latterday oeuvre of Radiohead. A beautiful melody, wrapped in gauzy textures, it’s a fantastic song, exquisitely arranged, something Love & Hate is packed with: the work of an artist coming into his own.
https://shrturi.com/EPQZzR

Love & Hate or believer. I will not specify which country I’m talking about here, as to not offend anyone. Some people could probably guess though. I currently live in England. I have been with my boyfriend for 2 years now, and our relationship is great. There are no issues other than some cultural differences, but he is an amazing, honest, trustworthy person and I love him a lot. My older brother (29M), who I am very close with, lives in the country my boyfriend is from. Before I met my boyfriend, I already considered moving there to live with my brother, after I finished university. I am currently in my last year, and I found out my boyfriend was planning to propose right after I graduate. If I accepted, that would mean I would have to move to his country to be with him. Reasons I would be the one to move: I have a family member there, which makes it easier. I will work freelance anyway, so will not be tied down to any specific place. My boyfriend has a good job in his country with a great career ahead of him. So due to all that, it was logical I would be the one to move, if we decided to get married. I used to love this country, and really wanted to live there with my brother. However, the more I visited, the more I have grown to hate it instead. I have lived there for 4 months last year, and after that I cannot imagine myself having to be there any longer. The way people treated me due to my race was not pleasant (the country rarely has any foreigners), i had people grab me on the street and try to touch my skin, people spit on me, etc. I could not go outside alone without either being stalked or harassed by creepy men. I was followed home multiple times. I had many unpleasant things happen to me there, and by the end of the 4 months I lived there, I stopped leaving the house on my own. The country does not accept foreigners, and if I moved i would for the rest of my life be an outsider. Another problem, is that any time I complained about anything bad happening to me while I was there, my boyfriend would get annoyed and defensive, as he is very fond of his country, and cannot believe there could be anything wrong with it. I try to avoid telling him if there’s a problem while I’m there, since I know he will get upset/annoyed. Any time I raised the topic, i could see he was very hurt by the fact I don’t seem to be thrilled about moving there. Also, let me specify. I do somewhat speak the language. I also do not have any fund problems, so that would not play an important role. I do not depend on my boyfriend financially, so I could leave any time. I do not know how to proceed. I don’t want to break up with him, as except for that, everything is perfect. Please, if anyone had a similar experience, I would be happy if you could share. I would also appreciate any advice about the situation. Tl;dr: if I wanna marry my boyfriend I gotta move to his home country, but I don’t like it and don’t feel safe here. Don’t want to break up. What are my options? Edit: wow, that kinda exploded. As I already stated in the comments, the country I’m talking about is Japan. I am really thankful to everyone who replied to me! I have decided to speak with my boyfriend before making any decisions, as we are currently in the UK together. Also, to people asking about my brother: He is asexual and not interested in ever having a family. He is also a freelancer and only leaves the house to get food, so it’s unlikely he will go anywhere. People asking why I want to be married so young. I have a chronical illness which keeps slowly getting worse. After seeing many doctors about the issue, I have been told that I would not be able to have a kid ever, if the illness develops too much, so I have been given approximately 4 more years if I ever wanted to have children. I would like to have a child with a person I’m married to. I am from a ridiculously rich family, and have an inheritance, and therefore having a child will not be a financial burden on me. If I have to choose between having children young, or not having them at all, I would choose the former option. I know many of you will disagree with me, and say it’s better to not have kids at all then, but that was the decision I made long before I met my current boyfriend, and I would like to stick to it. I will give an update after I speak both with him and my brother. Thank you, everyone who replied! <3
https://hideuri.com/jVAloO 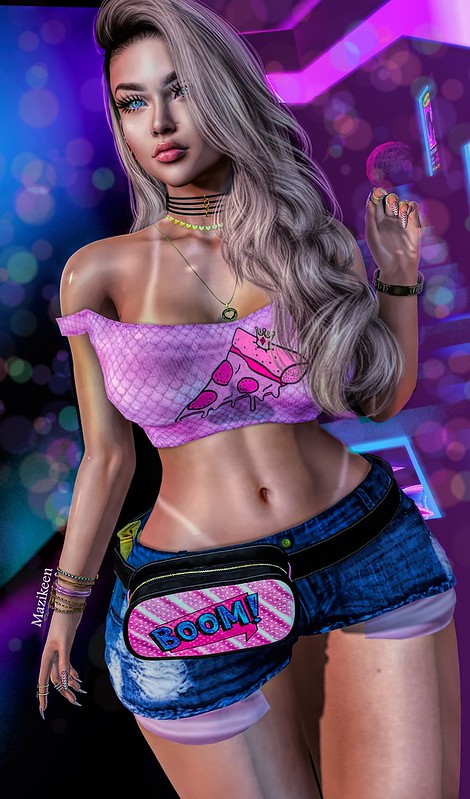 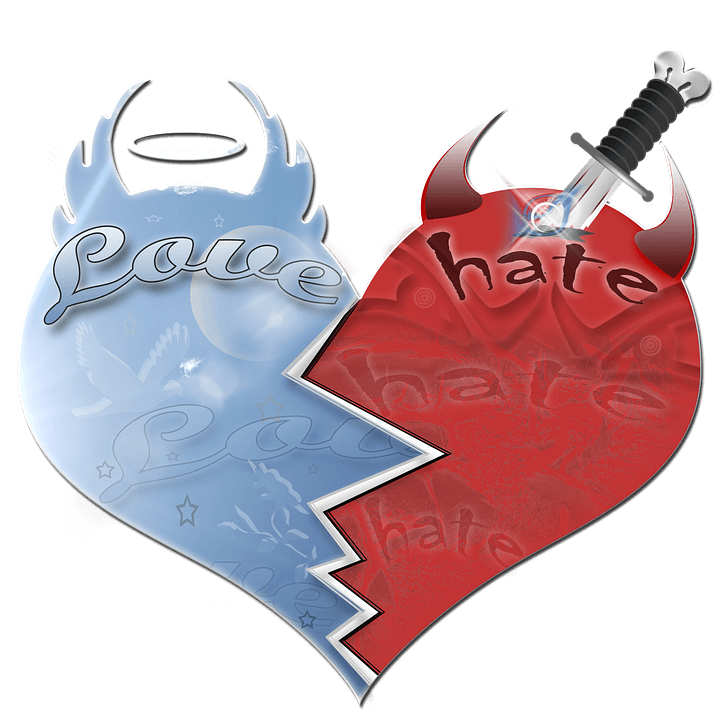